This Blog is about the Indian diet plan for Anemia (Increase Haemoglobin). Indian culture is the one where we all put others before us. Mothers are the epitome of love, care, and sacrifice. She will always see the needs of others before hers, at the cost of her own health. This results in her body being nutritionally inadequate.

Insufficient iron is one such condition that we generally notice in Indian females due to lack of a balanced diet. These days not just females but even males face anemia. So let us check this Indian diet plan for Anemia (Increase Haemoglobin) to tackle it.

“Anaemia” is a medical condition in which a person has a lower-than-normal number of red blood cells or the quantity of hemoglobin. It affects the capacity of their blood to carry oxygen and can lead to a number of health problems including death. Anemia in women and children has been a major problem in India for half a century. New Global Nutrition report of 2017 says, 51 % of women of reproductive age suffer from anemia in India.

There are more than 400 types of anemia. To simplify they are divided according to the main reason for low iron.

It depends on the root cause of anemia.

Daily iron needs vary depending on your age and sex. The general recommended dietary allowances for adult men and women over the age of 51 are 8 mg a day, and for women aged 19 to 50, it is 18 mg a day.

So this was the general information in relation to Anemia. Before we move towards Indian diet plan for Anemia (Increase Haemoglobin), let us first see in details what can we include in our diet to maintain normal iron levels in the body.

Foods to Include in Indian diet plan for Anemia:

Dark leafy greens are among the best sources of iron. They include spinach, kale, methi, amaranth, shepu and many more. Eating dark green leafy vegetables can have some issues too. Some greens like spinach and kale are high in iron and at the same time high in oxalates too. Oxalates are compounds that prevent the absorption of iron.

The iron in leafy vegetables is best absorbed if combined with Vitamin C. Eating leafy greens with foods that contain vitamin C such as lemons, oranges, red peppers, and strawberries may increase iron absorption. Always remember to squeeze a lemon before eating your greens. 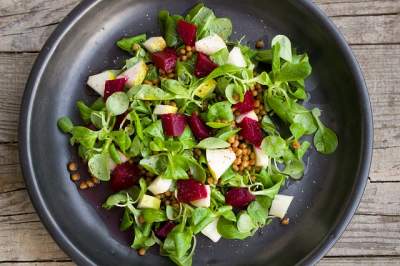 All meat and poultry contain iron. Red meat, lamb, and venison are the best sources. Poultry and chicken have lower amounts. Eating meat or poultry with leafy greens can increase iron absorption.

Shellfish such as oysters, clams, and shrimp are good sources. Most fish contain iron. Fish high in iron include sardines, tuna, salmon, halibut, perch, and haddock. Canned fishes are also good sources of iron, but also high in calcium. Calcium binds with iron and reduces its absorption. Foods high in calcium shouldn’t be eaten at the same time as iron-rich foods. Do not combine calcium-rich foods include raw milk, yogurt, kefir, cheese, sardines, broccoli, and tofu with seafood.

Beans are good sources of iron for vegetarians and meat eaters alike. They’re also inexpensive and versatile. Some iron-rich options are: 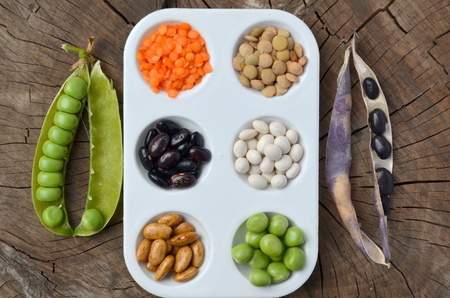 Many types of nuts and seeds are good sources of iron. Can either be eaten as it is or sprinkled on salads or yogurt. When choosing nuts and seeds, choose raw varieties whenever possible. Few examples are:

Foods to Avoid to prevent Anaemia:

Here is a sample Indian diet plan for Anemia (Increase Haemoglobin). The diet plan is designed by including the foods that were previously mentioned as useful in this article.

+ Broken wheat porridge ( Use jaggery instead of sugar)

So this was a sample of Indian diet plan for Anemia. While this diet plan will help you by supplementing Iron in your body, It will also help to increase your hemoglobin.

Tips to increase iron absorption in the body:

A little care while combining the foods helps in proper absorption and utilization of nutrients. Iron deficiency if detected early requires only the right food for iron to get back to normal. Consulting a certified professional for the same makes your life easier. Hope this Indian diet plan for Anemia helps you for starters. All the best!

Previous Post: « Which is the Best Cooking Oil for Good Health and Healthy Heart
Next Post: Indian Diet Plan After Miscarriage and Abortion (List of foods to eat and avoid) »