You are here: Home / PREGNANCY / What foods to avoid during pregnancy 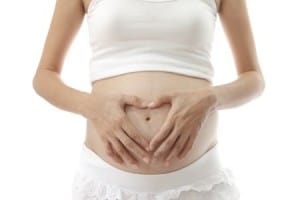 What foods to avoid during pregnancy ? A question that would occur to every woman out there when pregnant. Pregnancy is one of the happiest and most exciting times in a woman’s life. For the first time, she is responsible not only for herself and her own health, but that of her unborn baby.

What foods to avoid during pregnancy –

Avoid foods that might contain raw meat. Foods  such as sashimi, seafood, rare or uncooked meat, or poultry carry a risk of contamination, as it carries  coliform bacteria, toxoplasmosis, and salmonella.

Excessive consumption of liver can lead to birth defects, its high content of Vitamin A being the culprit.

Certain fishes like sharks, sword fishes, king mackerel and tile fish are supposedly high in mercury. Mercury can cause brain damage and delay the growth in a fetus. If your city has a local lake or  stream, make sure that lake is free of pollutants like polychlorinated biphenyls and then perhaps indulge in those fish.

Shellfishes, oysters, clams and mussels may cause sea-borne illnesses if not cooked thoroughly. Even when cooked properly, they still carry a risk of algae-related infections. Hence these should be avoided during pregnancy.

Raw eggs pose a threat to the pregnant women from a potential salmonella exposure. Hence eggs should be properly cooked / boiled and the shell should be removed with care before consumption.

Soft cheeses made out of  pasteurized milk  are  safe for consumption. But soft cheese like feta, Mexican, Brie as well as Roquefort and Camembert along with Gorgonzola cheese which are generally imported may contain ” Listeria” (A bacteria which can increase the risk of miscarriage)

A lot of women consider the freshly milked milk from a cow as the healthiest drink. But the same is not true in case of pregnancy. A lot of bacteria and viruses enter milk during the milking process. The bacterium Lesteria can  be responsible for causing miscarriages. These bacteria are destroyed during pasturisation process and hence pasturised milk is safe for consumption of a pregnant women.

A pregnant woman needs to maintain her hydration. She needs to drink a lot of fluids through out the day.  Caffeine found in coffee and aerated drinks or canned beverages acts as a diuretic, which eliminates fluids. It also leads to calcium loss from the body. Researches have proved that large amount of caffeine can be detrimental for pregnant women. Caffeine was found to be associated with low birth weight, premature birth, and sometimes even miscarriages.

Alcohol is a big NO NO for pregnant women.  Taken regularly it can lead to serious developmental disorders.

A pregnant lady  should  as long as possible include only freshly cooked food in her diet. Avoiding refrigerated food and smoked food will help her protect against  listeria infections.

Food that is canned or packaged may cause  salmonella contamination, and should be avoided.

Vegetables and fruits should always be thoroughly washed before using them for cooking or raw consumption, otherwise they may become potential contaminants.