You are here: Home / NUTRITION / Benefits of Lemon and Lime on Health 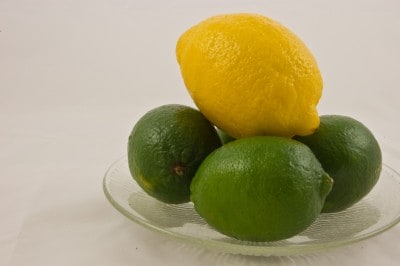 Benefits of lemon and lime on health  may be availed in both summer and winter. Lime is one of the most common fruits used across the world. Limes and lemons are mostly used interchangeably but they are 2 distinct species. Limes are usually smaller than lemons with lime juice having a strong flavor and more acidic than lemon juice. But essentially they have the same nutrients.

Benefits of Lemon and Lime on health

Which one is better? Limes or Lemons?

Benefits of Lemon and lime may be same , but there are a few differences.A lime has denser flesh than a lemon which makes it heaver. But nutritionally speaking, lemons do not differ very much from limes. Both are excellent sources of vitamin C, B6, potassium and flavonoids. Lemons have more vitamin C than limes (around one-third more) but less vitamin A and iron.

Add lime to your diet to gain all the health benefits of  lemon and lime  juice and to get that tangy, zesty flavor in your food. Instead of just drinking plain water with your meals, add a slice of lemon to your glass or squeeze some on your food instead to avail the benefits of lemon and lime .

Previous Post: « How to Lose Fat from Hips and Thighs
Next Post: Thyroid and weight loss; Losing weight with hypothyroidism